2022 Theme: “Honoring the Illustrious Past and Celebrating a Bright Future.”

On May 14-15, 2022, the Mexican-American Cultural Education Foundation (MACEF), a 501 (c)3, will celebrate the Inaugural Mexican-American Film and Television Festival & Awards at the historic Raleigh Studios in Hollywood. To maintain high-quality, films and television projects submitted will be judged by some of the most experienced and successful Mexican-American filmmakers and critics. In 2022, judges will include actor, producer and publicist Bel Hernandez, who serves as our program director; actor and producer Jerry Velasco, who serves as our juror chair; director Jesus Trevino; director, producer and agent Carolyn Caldera De Fanti; show runner Dennis Leoni; producer David Damian Figueroa; director Joel Bailey; director and producer Sylvia Morales; producer William Virchis; actor Mike Gomez, and many more.

Representatives from film studios, film distributors and financial institutions will be present, providing an excellent opportunity for filmmakers to make an impression.

The Mexican-American Film and Television Festival & Awards will be a first-class, star-studded red carpet event to celebrate and promote Mexican-American/Chicano films, television, celebrities and filmmakers, a place to be seen by some of the major players in the industry and influential leaders. On May 15, at 7 p.m., the festival will celebrate its Award Ceremony, with eight categories receiving the “Mexican-American Illustrious Awards,” in honor of our illustrious Mexican cultural heritage. One notoriously stereotypical scene in a movie or TV show will also receive the “La Chancla Award,” which denounces tired old stereotypical depictions of Mexican-Americans.

This will be a night of celebration.

On May 14 and 15, from 12 p.m. to 8 p.m., we will be screening amazing new films, short films and TV pilots produced and performed by Mexican-American filmmakers and actors. The screening will be both live in person and virtual. In accordance with our theme, on Saturday, May 14, at 6 p.m., we will be screening “Luminarias”. Jose Luis Valenzuela (Director), Sal Lopez (Producer), Evelina Fernandez (Andrea), Scott Bakula (Joseph), Seidy Lopez (Cindy), Marta Du Bois (Sofia), Dayana Ortelli (Irene), Angela Moya (Lilly), Robert Beltran (Joe) and Cheech Marin (Jesus). This film about four professional women who meet at an East Los Angeles restaurant called Luminarias and share secrets about their careers, love and family. After the screening, don’t miss the opportunity to enjoy a Q&A session with some of the cast, the director and the producer of this groundbreaking movie. On Sunday, May 15, at 4 p.m., join us at the screening of a Library of Congress honored movie, “Walkout,” directed by Edward James Olmos, produced by Moctezuma Esparza and Robert Katz, and starring Alexa Vega, Efren Ramirez, Michael Peña and Tonantzin Esparza. This film is about a teacher who becomes a mentor to Chicano high school students protesting injustices in schools in 1968. After the screening, don’t miss the opportunity to enjoy a Q&A session with some of the cast, the director and the producer of this groundbreaking movie.

The Following Three MACEF Production Grant Recipients Will Be Screened 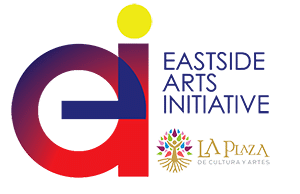 The Illustrious Award is named after our illustrious Mexican cultural heritage.
SUNDAY MAY 15 at 7:00 PM Roll Out The Red Carpet!