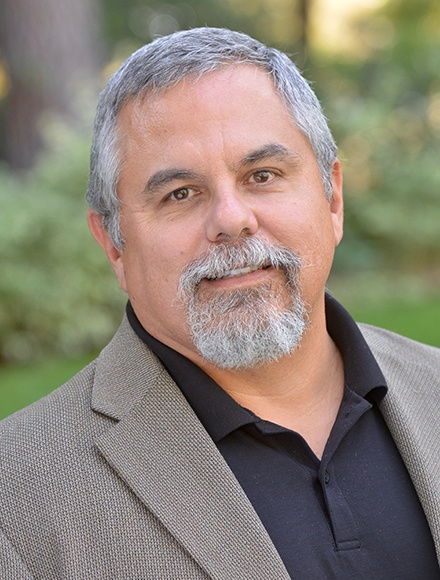 About the Mexican-American History Makers: Before beginning his appointment as Dean at UCLA Luskin in January 2017, Professor Segura served as the Morris M. Doyle Centennial Professor of Public Policy, professor of political science, and professor and former chair of Chicana/o-Latina/o studies at Stanford University. His research focuses on issues of political representation and social cleavages, the domestic politics of wartime public opinion and the politics of America’s growing Latino minority. Additionally, he has briefed members of Congress and senior administration officials on issues related to Latinos, served as an expert witness in three marriage equality cases heard by the Supreme Court and has filed amicus curiae briefs on subjects as diverse as voting rights, marriage equality and affirmative action. 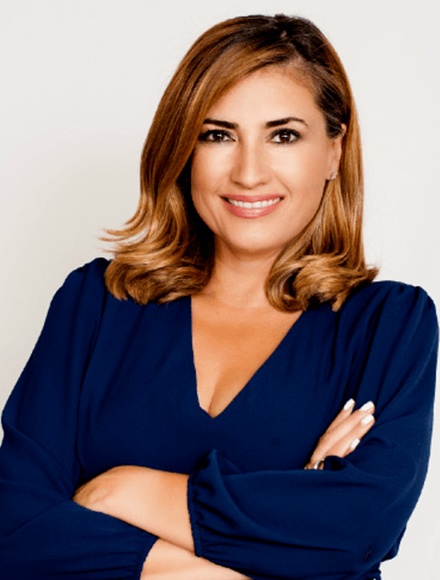 Multiple Emmy and AP award-winning journalist Naibe Reynoso has been working in front of and behind the camera for more than 20 years.

She has worked and contributed to various regional, national and international networks, including KTLA, France 24, Univision Network, Reelz Channel, CNN en Español, the Biography Channel, Fox News Latino and Larry King’s ORA TV, and she has even filled in as a co-host on ABC’s “The View.”

She also co-founded the events company Latinafest LLC (https://www.latinafest.net/), which has produced over a dozen successful events in the Los Angeles Area.

In 2018, she created Con Todo Press (https://www.contodopress.com/), a publishing company that creates books to amplify the voices of underrepresented communities. Her first children’s book, “Be Bold, Be Brave: 11 Latinas who made U.S. History,” highlights 11 women who excelled in medicine, science, sports, the arts, journalism and politics.

Mrs. Reynoso has been a board member of the prestigious Peabody Awards since 2015. That same year, she received the BIBO Award for “Outstanding Work in Media.”

About the Mexican-American History Makers: Luis F. Fernandez has over 10 years of experience in researching, producing studies, and understanding local, state and national history. His undergraduate research centered on understanding the history of land grants in California, culminating with his unpublished work, “Revisiting the Past, Uncovering the Present: An Introduction to Orange County Ranchos.” Most recently, he is an adjunct faculty at the Department of History at Santa Ana College. In that role, he lectures on Mexican, American and California History. Previously, he was an assistant curator and consultant for museum exhibitions, “A Class Action: The Grassroots Struggle for School Desegregation in California,” a national winner of the 2013 Award of Merit by the American Association for State and Local History (AASLH), and “Intolerance Versus Freedom.” Prior to that, he was an assistant archivist for the Santa Ana History Room, where he successfully led the acquisition of over 2,000 photographs and led the digitalization process that is known as the Agnes Soto Collection.

Fernandez is the co-author of three academic works: “Mexican American Baseball in Orange County,” “Doss v. Bernal: Ending Mexican Apartheid in Orange County” and “Paul P. Duron: Design and Manufacture of Cryogenic Industrial Pumps and Systems and a Description of the Logan Barrio, Santa Ana, California.” Due to his success in local historical research, he was named “Best Local Historian of 2012” by the OC Weekly. His historical research has been featured in Univision Noticias 34, StoryCorps, La Plaza de Cultura y Artes, Chicano Studies Research Center, the OC Weekly, and University of California, Los Angeles (UCLA).

Fernandez earned a Master of Arts in history from California State University, Fullerton with a concentration in areas of nationalism, nation building and national identity formation in European nations, and comparative race relations in 20th Century United States. From California State University, Fullerton, he earned a Bachelor of Arts in English literature with an emphasis in modern and contemporary American and British Literature in the 19th and 20th Century and a Bachelor of Arts in Chicana/o studies: an interdisciplinary survey of Chicana/o society from a sociological, economic, political, philosophical and cultural perspective from pre-Columbian civilizations to contemporary society.