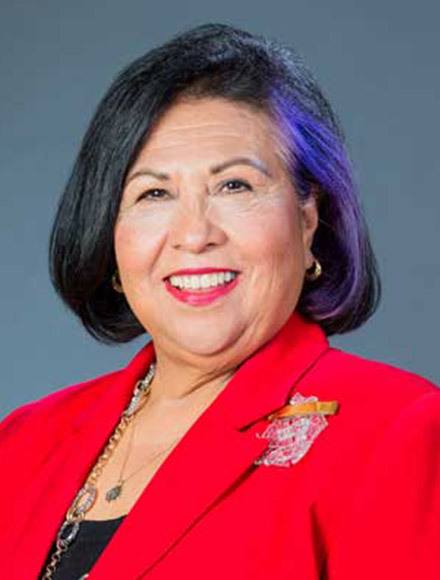 A proud daughter of a Mexican mother and a Mexican-American father, Gloria Molina represented L.A.’s First District on the Los Angeles County Board of Supervisors for more than two decades. Growing up in the Pico Rivera area, she learned that eliminating unfair barriers is the best way to ensure equal opportunity. From founding East L.A.’s Comisión Femeníl Mexicana Nacional to serving in the Carter White House, that idea has driven her lifelong commitment to public service.

In 1982, Molina made history as the first Chicana elected to the California State Assembly. In this role, she combined passionate advocacy with formidable political skill to strengthen communities in the 56th Assembly District and statewide. In 1991, she became the first Latina to join the Los Angeles County Board of Supervisors, where she was known as a fiscal watchdog committed to good government reforms, maintenance of the county’s public health care delivery system, and quality-of-life issues — particularly for the one million county residents residing in the unincorporated areas.

Named as one of the Democratic Party’s “10 Rising Stars” by TIME magazine in 1996, Molina served as one of four Vice Chairs of the Democratic National Committee through 2004. During the 2000 presidential election, Molina was one of 15 top women leaders nationwide to be named as a possible vice presidential candidate by The White House Project, a non-profit, non-partisan group dedicated to raising awareness of women’s leadership in American politics.