Understanding why Mexicans in America are so badly perceived and misrepresented is a crucial step in empowering our community! The terrible and distorted narrative which prevails today was first developed and used to subdue and control the people who inhabited newly conquered territory after the Mexican-American War in 1846 (California, Arizona, Texas, New Mexico, Colorado, etc).

Know Your History, Know Yourself.

Mexican Are Not New Immigrants

Mexicans had thriving communities and a highly unique and developed culture before the US conquered California, Texas, Arizona, etc. Our beautiful culture was unfairly appropriated with their roots erased. A primary example are the American cowboys that arose from Vaquero traditions of Northern Mexico: boots, hats, colorful shirts, corridor-style country music and rodeos. In addition, Mexican cuisine, some of the best food in the world, directly influences many aspects of modern American cuisine. Likewise, much of the beautiful architecture and art plastered all over America is also uniquely Mexican. Sadly, instead of being properly attributed to Mexican culture, it is often referred to as Spanish or Southwest style.

Before 1840, California, Nevada, Texas, New Mexico, Colorado, Utah and Arizona — about one-third of what is today’s United States — was Mexican territory. These lands were scarcely populated, but the Mexicans owned large ranches and small family cattle ranches, and they grew crops of all types across these lands. Mexico City was far away, and the ranchers and landowners felt ignored by the distant government. Some Mexican ranchers wished for independence. Americans moved west and began to settle on Mexican land. Many of these American settlers were slave owners from the south and wanted to bring slavery to Mexico. Mexico had abolished slavery decades before and did not allow slave selling or trading. The settlers were upset with these rules and with the disorganized Mexican government. Many Northern Mexicans and Americans living on these lands decided to unite and fight for independence from Mexico. They were supported by the United States who long had plans for westward expansion.

After the Mexican-American War, the peace treaty of Guadalupe required that the Mexican landowners, large and small, would be allowed to keep ownership of their homes, lands and ranches.

Greed, however, took hold of some unscrupulous, powerful Anglo-Americans and they found both legal and illegal loopholes to take land and possessions away from the Mexicans who were now Americans. They appropriated the lands and property from their rightful Mexican owners and used the age old strategy of weaponizing xenophobia and spreading fear, spreading rumors that Mexicans were plotting violent insurrection against America. This incited suspicion and hatred towards Mexicans. The powerful Anglo-Americans were successful in manipulating the American opinion by way of scare tactics and natural human prejudice to reach their goals.
These actions were carefully orchestrated to manipulate the American people’s minds by the few powerful perpetrators looking to benefit from these atrocities. Some of the people in charge of these freshly stolen lands used techniques that conquering nations have used throughout history to subjugate and control conquered people. They embarked on an intentional effort to vilify and humiliate the conquered people. “Remember the Alamo,” was a rallying cry used to unite Anglo-Americans against Mexicans, to malign, repress and destroy their reputation, thus making it acceptable to perform such atrocities. If this tactic sounds familiar, it’s because it is still happening today!

Pushed by these injustices, many Mexican ex-landowners and their children became famous bandits or “bandidos,” like the mythical “Zorro,” and started to fight against this system of injustice. This, of course, was followed by more harsh repression. Mexicans were forced to segregate, were not given equal rights, were denied living wages, were only allowed to do labor and servile work, and were not allowed in schools. They were forced to become second-class citizens. Over time, this has caused severe generational trauma for the Mexicans who have lived in America for several generations, and who have been imprinted with a second-class citizen mentality. This is the historical reason why Mexicans are considered to be the servant class in America, even today.

Mexican-Americans come from a country rich in developed culture. In fact, long before the Spanish conquistadors arrived, and for thousands of years, Mexico was already the cultural center of America, with a concentration of highly advanced cultures and empires: the Aztec, the Maya, the Toltec, among many more. The Aztec empire was the largest and most powerful nation in the Americas, and only the Inca, in South America, could rival it. The Aztecs built large, beautiful cities with great edifices and pyramids, organized commerce, excelled in arts and sciences, and boasted formidable armies. After the arrival of the Spaniards, Mexico was their richest colony. Mexico City was deemed the capital of the “Viceroyalty of the New Spain” and the capital of most North American territories and islands as far as the Philippines. Today, the hard working and highly cultured Mexicans are by far the richest Spanish-speaking nation on the continent, with the 15th largest economy by GDP in the world. 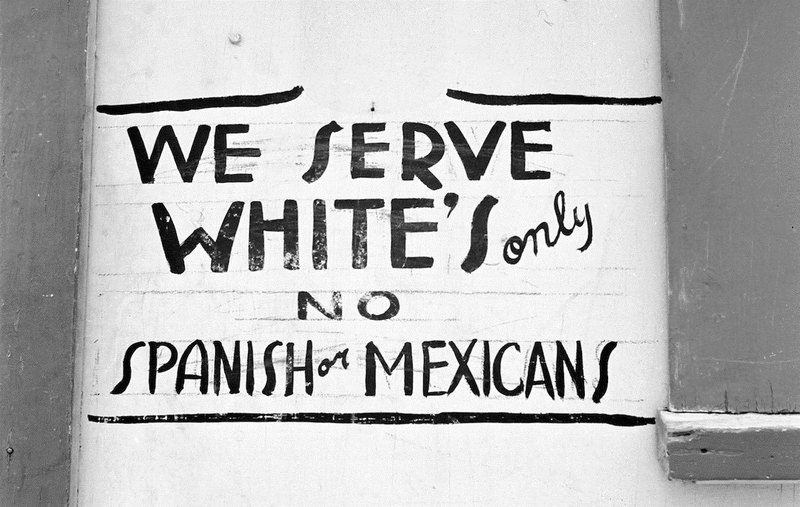